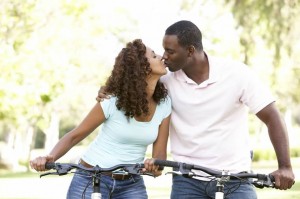 Tightening the belt can squeeze your relationship, but it doesn’t have to be that way. In fact, sometimes, it can be a good thing.

According to a study, compiled by the National Marriage Project at the University of Virginia last month, the recession has both “stressed and strengthened” American marriages. The report stated that while the recession has put “considerable stress” on many American couples, it has also made some relationships stronger and brought people together.

The results are based on a nationally representative sample of 1,197 married Americans ages 18 to 45. The findings, based on information gathered in December and January, offer a recent snapshot of how the current economic climate is affecting married couples in the United States.

While some of those figures are understandable, that last stat was downright encouraging, so we thought we’d chime in with some tips on how to keep the economic stress from souring your relationships.

If you feel you need help with “stress-proofing” your relationship, please feel free to contact us to schedule an appointment or, feel free to call us at 813-769-9039.