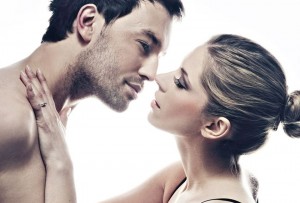 This is some pretty dangerous information that we’re about to share, so we’re asking the guys who read this to use just a little restraint.

You see, from our experience and our research, we’ve learned that sex isn’t just a healthy activity for committed adults — the health benefits are actually very wide-ranging and address several critical areas of our health. Now, it’s not that we’re reluctant to share it. It’s just that we don’t want the information about the healthy benefits of sex to be, well, misused. So, we’ve made a list of some of the things we’d prefer not to hear about or see as a result of this blog:

We don’t want to see dating site profiles to lead with the line “Save a life — go out with me.”

We don’t want to hear about guys pleading with their significant others when they say they are too tired for sex by saying, “Come on, honey. You don’t want me to DIE, do you?”

And, no, we won’t write you a prescription for sex that you can take home to your partner. So, please, don’t ask.

With that out of the way, here are some pretty darn amazing health facts about sex that will make men in relationships feel good and single men run out to get a makeover.

So guys, please, use this information with some discretion. We don’t want to get phone calls from your partners asking us if we’re the ones who told you that you needed more sex or else you’d get sick. Besides, if that’s all the game you’ve got, you have a lot more worries than your health, okay dude?