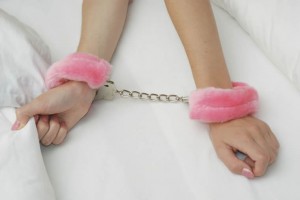 We love going to Toys R Us and of the toy stores, because the displays are just amazingly vibrant — all the counters and walls are draped with these bright, blazing primary colors with packages designed to capture the eye and hold your attention.

For us, it’s also fun going to couples’ stores where adult toys are sold, because the displays are strikingly the same, awash in primary colors with a few more bright pinks, reds and purples — though the imagery is typically far from family friendly.

We’re enthused that adult toys have become more mainstream, but we also know there are a lot of people out there who are reluctant to consider the use of what used to be called “marital aids” in their bedroom repertoire. Many couples won’t even set foot in an adult video or toy store for fear of what the neighbors might say, or just a feeling that those toys are only used by swingers or people obsessed with sex.

Well, having been sexologists for nearly a decade, we have a little news for you — your neighbors have probably already been there.

Toys can be a healthy and welcome addition to a couple’s bedroom practices, but we do understand the reasons why many people haven’t yet ventured behind the curtain to see what’s out there for them. So, we’ve assembled a few of the reasons we’ve heard over the years, with a slightly more enlightened view to counter them.

So don’t be afraid. Minds work best when they are open. And so do toys, once they are out of the box and in your bedroom.