How Important is Duration in Sex? New Study Says “Very” 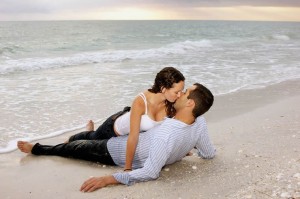 It’s no secret that good sex can lead to a happier marriage, and a recent study has pinpointed the one where most couples want to see an improvement.

Condom company Durex® polled 1,000 adults, married and single, and asked them intimate questions about their level of satisfaction with their sex lives, and the primary complaint they saw was the lack of duration in their sexual encounters.

A whopping full 50 percent of people said they weren’t happy with the duration (or lack thereof) they are experiencing in their sex lives. The average amount of time people reported for their average sexual encounter was 10 minutes, leading 38 percent of respondents to say that their lovemaking is over too fast. About 20 percent said they like their sexual encounters to last for at least half an hour.

Ironically, however, about 25 percent said they actually prefer the 10 minute “quickee” to longer sessions. The study did not indicate why, but the conventional wisdom we have derived from our practice with our patients over the years is that life has become vastly more complicated. Many couples have three or four jobs between them just to make ends meet. Between the obligations of work, children and family, sometimes even having 10 minutes for a little fun can be a luxury.

A few more interesting tid-bits revealed by the study include:

At the end of the day, the study’s final word of advice was something we espouse daily to our clients. If couples want to derive more satisfaction out of their sex lives, they need to talk. Discuss your needs, your wants, your fantasies and your schedules so you can not only have great sex together, but also have the proper time to spend doing it, as well.