Lies: The Termites of Relationships – Why Do We Lie and How Can We Stop? 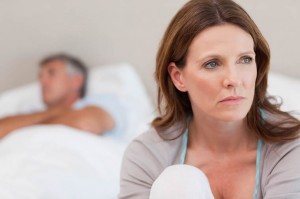 We all do it. According to some scientific surveys — and some studies pioneered by psychologist Paul Ekman, an innovator in the study of the relationship between people’s emotions and their facial expressions — most people will tell an average of three lies in a typical 10-minute conversation.

We like to categorize them, so we can rationalize them. Little white lies, the ones we tell our parents when we don’t want to visit them or the ones we tell our bosses when we want to play hooky, are the most common ones. Sure, honey, I got the oil changed — then you get up early the next morning and get it done. These lies are every day lies, and whenever we tell them, we usually end up working a little harder than we need to in order to keep them under wraps.

Then there are the big lies, the nuclear lies, that we take more seriously. For couples, these lies are usually about affairs, past sexual partners or even medical conditions. These are the kinds of lies that can end a relationship.

But why do we do it? Why is it that so many of us seem to have a reasonably casual relationship with the truth?

In our experience, the primary culprit seems to be self-esteem. We want our partners to have a positive image of us, so when we are challenged on something that might make us seem less than perfect — like forgetting to get the oil changed in the car — we lie about it to maintain a better image for ourselves. That’s why we many times won’t think twice about deceiving our partners, because we feel it is important to our relationships to maintain that facade. The greater the threat to our self-esteem, the greater the lies. The things we hide can become more dramatic — they could include the ex-girlfriend who was a drug addict or the former boyfriend who was abusive.

We also lie out of convenience, because we may not want to go 10 rounds over forgetting to get the oil changed. The purpose is to maintain order in our personal lives by avoiding smaller conflicts whose impact might be to simply ruin an evening. It also helps us avoid insults and discord, but the real issue is not the lie, but why there would be insults or discord as a result of simply telling the truth.

This is where we get into the yin and the yang of lies, because while we can all nod our heads and agree in concept that dishonesty is bad, we also have to recognize our own behaviors that may actually wind up training our partners to lie to us.

If we do, we may very well be TRAINING our partner to lie to us, because we are not recognizing the concept that it takes courage to tell a partner an unpleasant truth and that courage should be rewarded. Instead of rewarding them, we may instead find ourselves punishing them by our negative reactions.

So before telling the small lies, ask yourself what you’re really getting in return for the effort. Would the truth really be that bad? Is the truth so horrible that it is worth the integrity of our relationships to hide it? And if the reaction from your partner is so negative that you can still justify lying, then perhaps the issue isn’t your lying, but rather, the fabric of your relationship itself.

Lies can be the termites of relationships because they eat away at them from the inside, quietly and barely detectable. Anger, however, is the dynamite of relationships that will always inevitably lead to a devastating explosion that can lead to irreparable damage.

So, look at your behavior, look at your partner’s behavior and understand why you lie before you do it. Maybe you don’t have to, because there is no crime in being human and flawed. We all are. The truth shouldn’t be so hard to take that we should allow the lies we use to cover it up to destroy the love we worked so hard to build.

And for Pete’s sake, change the damn oil. You don’t want the car to break down on the way home from work, do you?